How to Draw Buffer Fever Charts

A Buffer Fever Chart is a powerful tool. It provides even earlier leading signals than the other buffer penetration diagrams, because it is based on the Buffer Burn Rate, not on the Buffer Consumption. Learning to draw it properly is of essence.

The Buffer Fever Chart is a tool that is used extensively in TameFlow and in Critical Chain Project Management (CCPM) used in the Theory of Constraints. For an introduction about the topic, see the earlier posts:

Also, the “TameFlow Book” uses these charts in many chapters. With reference to the book, in a recent email exchange, Alexander Stepanenko commented:

I am a bit confused by the inconsistency in painting the Red-Amber-Green (RAG) areas on the buffer control, burn up and fever charts. Usually we split our control buffer in 3 equal parts (0-33% green, 33-66% amber and 66-100% red). And that exactly what we do on the bigger control chart and on the burn-up chart.

Don’t we need simply to divide the area by 2 horizontal lines at 33 and 66% as we do on the buffer control chart? Otherwise we get different criteria on different charts and this is obviously not something I would like to communicate to the product owner…

The confusion is well granted; even more so if you do a Google image search for “Critical Chain Fever Chart.” You might end up seeing something like this: 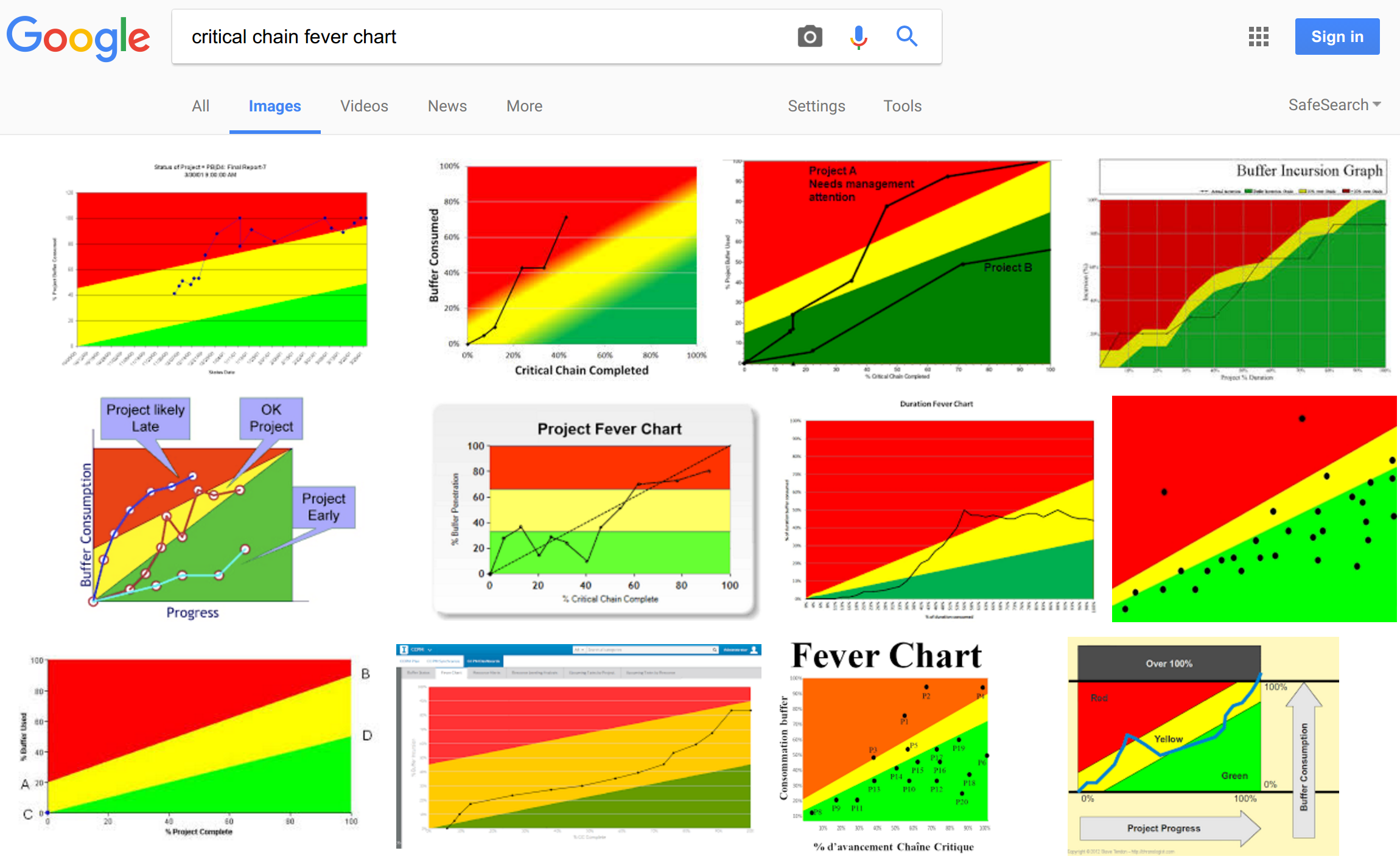 While all these images display the three colored zones, they are not much consistent. The one that Alexander was referring to is the second one from left, in the middle row. In consideration of the fact that in the book it is recommended to divide the buffer in thirds, Alexander further comments:

As we see the buffer penetration axis is broken by 3 horizontal lines dividing the RAG areas. And this looks consistent with the 1/3 approach.

These observations are absolutely correct. If you want the same signals on all charts, you have to draw the zones as suggested by Alexander; but the problem then becomes that you go amiss one of the benefits of the fever chart.

A fever chart (as originally used in CCPM) typically has a different signaling logic, and can even be drawn without the RGB zones. The signal is given by the Buffer Burn Rate (BBR), i.e. the percent of buffer consumed over the percent of completion, with the following logic:

Clearly, because of this logic, the status signal (RAG) in a fever chart differs from the status signal reflected by buffer region percentages (the RAG boundaries in the buffer itself), which you might see in a burn up chart with buffer zones, or in a buffer control chart. That’s exactly what Alexander observed.

The intent of a fever chart is to capture the “velocity” of buffer consumption (the BBR), and react early, as soon as it becomes unfavorable.

Unfortunately - in a way - the CCPM tradition has “simplified” the above logic by just drawing zones, with different slopes. And in the book we stuck with that simplified logic.

It is a heuristic, but generally it works well.

Furthermore, there is no unanimous way to do that; that is why we will see different slopes, from different sources. It is a (compromising) heuristic to visually get a signal without being concerned about the actual numeric value of the BBR. So even the horizontal lines suggested by Alexander would be consistent with this tradition! :-) Being a heuristic, there are many degrees of freedom. 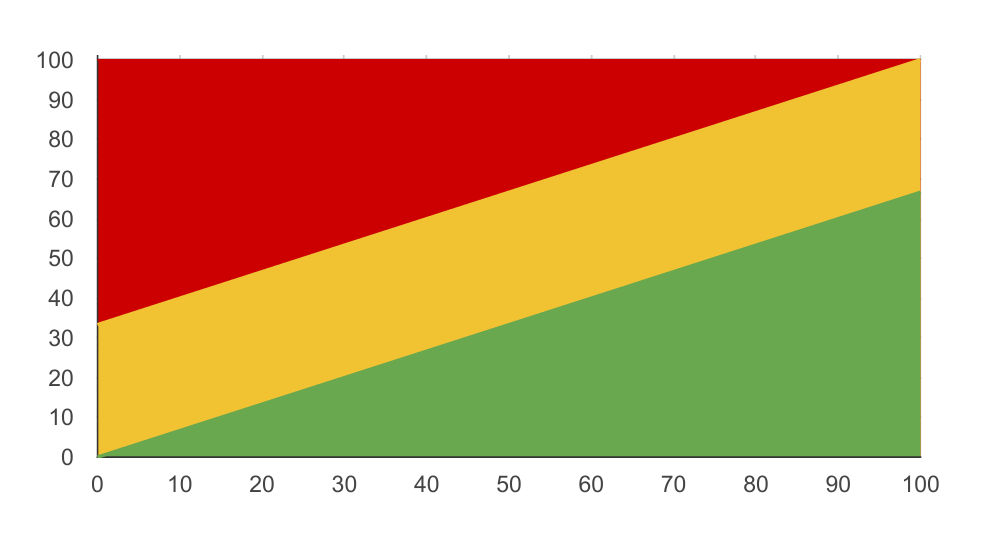 Alexander’s comments on the above was:

The rationale of the BBR and the drawing of the RAG zones as described above could not have been expressed better! Indeed, the buffer is not so much a protection mechanism, but rather a signaling device. Since we determine the buffer size/placement statistically, we are still within what is “acceptable” performance if we deliver at the very last drop of the buffer. Remember that typically we start the buffer at 50%… so there is almost just as much to go to get to 99%.

In conclusion: there are many ways to draw the RAG zones in a buffer fever chart. The above are only guidelines. What really matters is that the signals that you read off the chart are significant for your particular project. If the above doesn’t work, experiment! Maybe you will end up with even more fancy fever charts than those we found above with the Google image search!